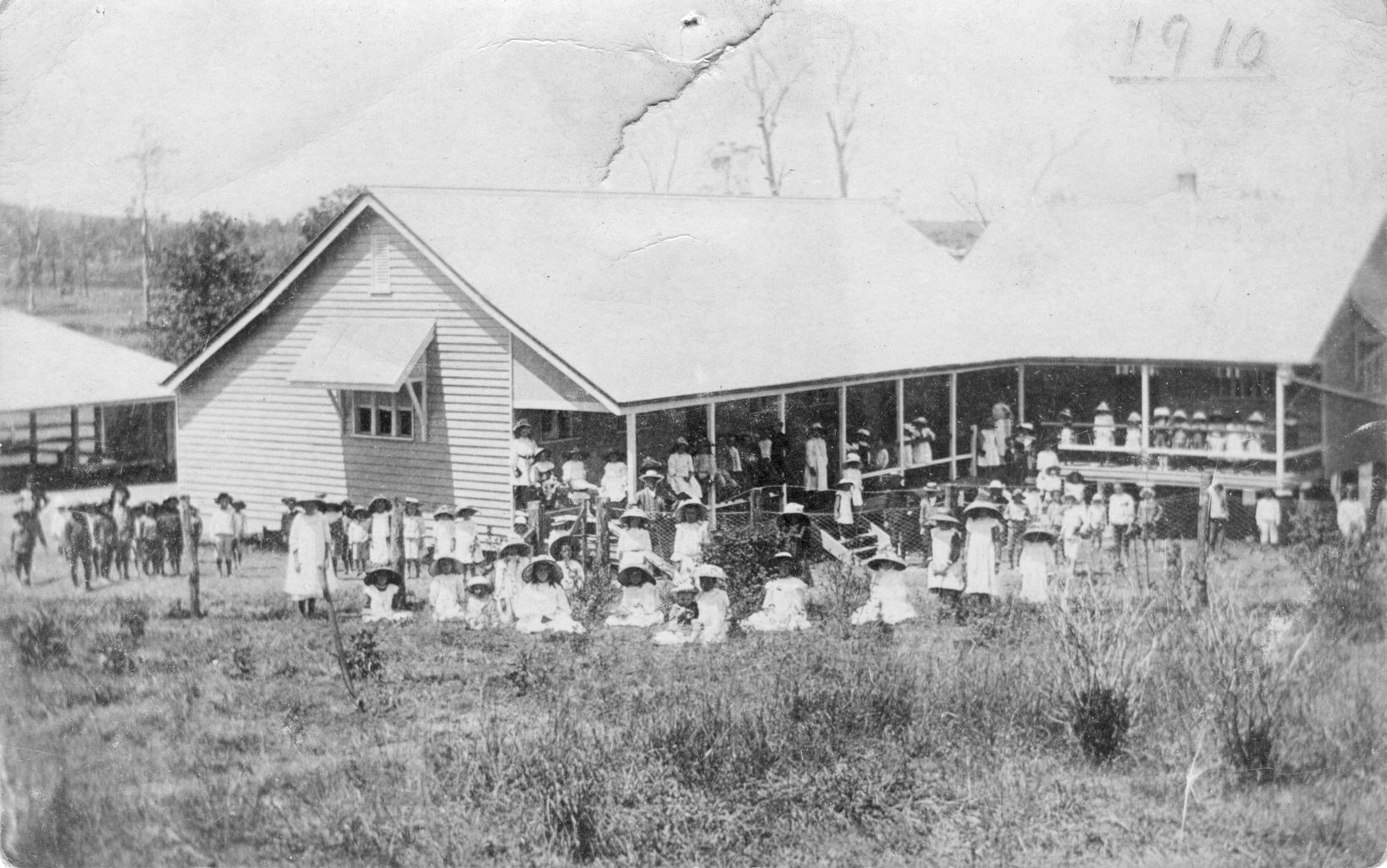 The first Marburg School firstly named Frederick, and earlier Sally Owen's Plains. These buildings were moved in the early 1920,s to the present site. A new school building was erected and the old ones used for the Boys and Girls Rural School, opening in 1922. The second in Queensland, the first was at Nambour.